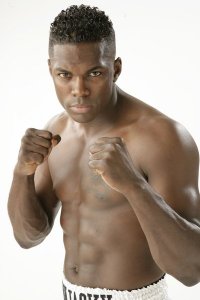 Bonjasky and Silva traded low kicks for extended periods during the fight with Bonjasky being able to gain the edge because of his superior cardio. It was a huge test for Braddock who nearly pulled off the upset of another kickboxing great in Badi Hari earlier this year. A win over Bonjasky would have been huge even though Bonjasky was coming off the long layoff.

I’m glad to be back,” Bonjasky said afterwards. “I had to overcome many obstacles to get into this fight. Not only was it my first fight in nearly three years but just a few weeks ago I tore both hamstrings in training and was stuck in bed for a few days. I was actually going to pull out but I have a superb physiotherapist who was able to get me through it.

“It feels great to be back. Braddock is what, 25 or 26? He is ten years younger than me and is coming into his prime. But we had a great fight and I think I showed that I am still relevant. Now I am going to prepare for the GLORY Grand Slam event in Tokyo this December. It’s the biggest tournament kickboxing has ever seen and its going to be harder than any tournament I have ever taken part in. I can’t wait.”

Braddock who was clearly disappointed in the outcome of the fight thought he had done enough to win the fight over the living legend.

“When I was young I used to watch Remy on the TV, he inspired me to start fighting. So for me to face him in the ring is a dream, and I am happy with my performance.

The co-main event  saw Mourad Bouzidi in survival mode after getting cracked with a Gohan Saki left hook. Saki punished Bouzidi punch-leg kick combinations while pinning him against the ropes. Bouzidi was able to survive the onslaught and earned the respect of Saki and the Saki fans in attendance who applauded him as he left the ring.

The GLORY 2 full results can be found below:

Be sure to stay tuned to ProMMAnow (www.prommanow.com) for more GLORY and kickboxing news/commentary.