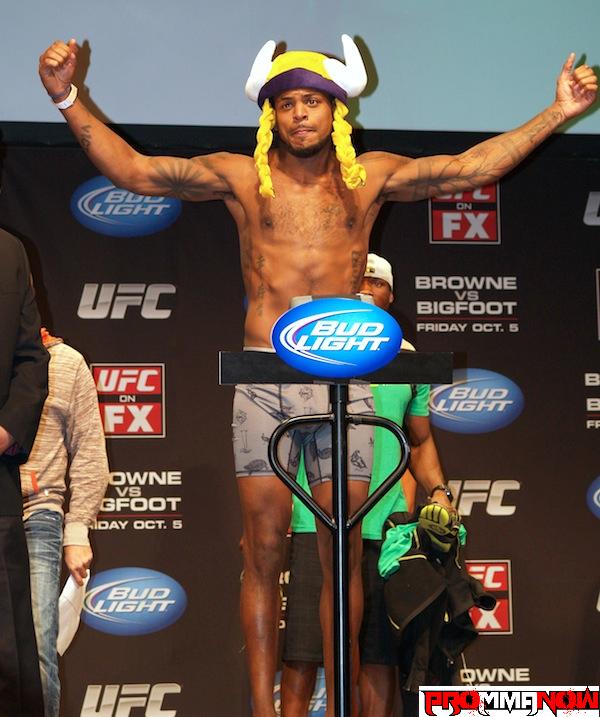 There were four fighters at the UFC on FX 5 event that went home with some extra money for their performances on Friday night at the Target Center in Minneapolis, Minnesota.

Edwards surprised many people with his submission win over MMA veteran Josh Neer. He was able to secure a guillotine choke after a failed takedown attempt in the opening seconds of the fight. Neer fought the choke with Edwards latched onto his neck before going to the canvas and finally going out from the choke in just 45 seconds.

Johnson survived a huge right hand and an arm triangle choke in the first round to rebound and drop Danny Castillo with a short left hand to the chin in the second round. Johnson pounced on Castillo with punches before the referee could come over and save him from further damage.

Diego Nunes had his way with Bart Palaszewski as he hit him with multiple power shots and hurt him on several occasions. However, Palaszewski is a savvy veteran and was able to survive the onslaught to make a fight out of it in the final frame. The judges awarded the fight to Nunes via unanimous decision with scores of (30-27, 30-27, 29-28).

Be sure to stay tuned to ProMMAnow (www.prommanow.com) for more UFC on FX 5 news and coverage.