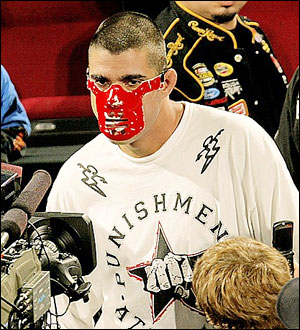 Grove will make his debut with the promotion on November 3 at AFC 13 in Victoria, B.C., when he co-headlines a card featuring John Alessio vs. Dave Mazany in the main event. No opponent has yet been named for Grove.

Grove commented on making his AFC debut, “All I hear is good things about this AFC promotion. I’m just stoked to get in the AFC cage and fight! I want to show these fans what “Da Spyder” is all about.”

Grove was cut from the UFC last year after dropping back-to-back bouts against Demian Maia and Tim Boetsch. The 29-year-old Hawaiian spent nine years fighting in MMA’s premiere organization and amassed a record of 7-6 inside the Octagon.

“Da Spyder” has gone 3-1 so far in 2012, most recently picking up a split decision win over Derek Brunson in June and a submission win over Joe Cronin earlier this month.

“We here at the AFC are motivated to take this company to the next level and I believe we need fighters like Kendall Grove to get us there. First and foremost we want our fans to get their money’s worth when they attend our events or purchase our Pay-Per-Views, and world class fighters like Kendall will definitely deliver the goods.”

Check out www.aggressionfc.com for more info on Aggression Fighting Championship.