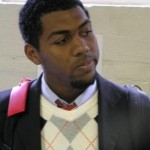 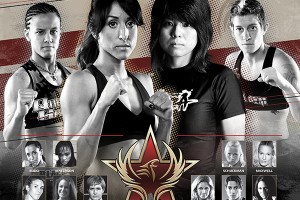 India’s Super Fight League (SFL) has announced the start of a weekly fight series, slated to kick off on October 12th. The upcoming event series, Friday Night Fight Nights, will be held live each and every week in Mumbai.

Unfortunately for Indian MMA fans, tickets will be in short supply and limited to a highly exclusive invite-only list of Bollywood celebrities.

Every card will however be broadcast live to domestic audiences on NeoSports Broadcast’s sports network and to viewers worldwide on SFL’s YouTube channel. The move further cements SFL’s position as India’s premier MMA promotion and the only organization to broadcast year-round events in the region.

“We are excited about this opportunity to work with Super Fight League and tap into a new market that has yet to really be explored by the women’s MMA world. Super Fight League has done a great job of pioneering the sport of MMA in India and has helped demonstrate that there is fight talent everywhere on the planet.  Even though women’s MMA has made tremendous strides over the last few years as far as adding depth to its ranks, we have really just scratched the surface of what is out there.  This relationship between Invicta FC and Super Fight League is an opportunity to expand our reach and discover exciting, new talent.”

Invicta FC has already formed a working relationship with several promotions including Strikeforce and the Japanese women’s promotion JEWELS. This alliance with the Super Fight League should help strengthen the Invicta FC promotion as they ready for their third event this year on October 6th in Kansas City.

The first two events have been met with rave reviews and this one looks like it could be an exciting event as well. The 13-bout professional card will be headlined by the promotion’s first-ever world championship bout, an atomweight (105 pound) showdown between superstars Jessica Penne (9-1) of Laguna Hills, Calif. and undefeated Naho “Sugi Rock” Sugiyama (8-0) of Kyoto, Japan.

Check out this new Super Fight League promo and press conference announcing the weekly fights and partnership with Invicta FC:

Be sure to stay tuned to ProMMAnow (www.prommanow.com) for more Invicta FC and Super Fight League coverage.