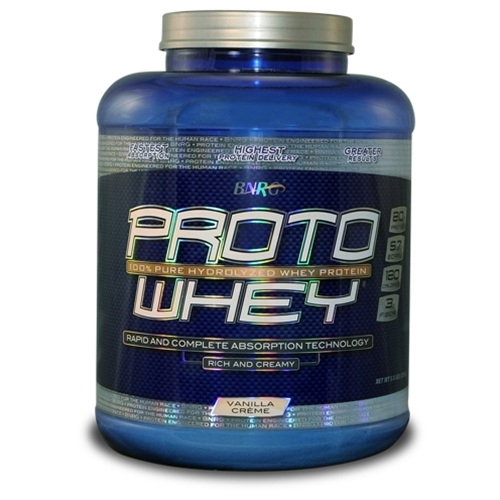 As mixed martial arts has evolved, so have mixed martial artists.  In addition to many MMA fighters seeking more comprehensive training and conducting themselves with a level of professionalism akin to more established professional sports, one of the areas that continues to evolve is the concept of the fighter’s diet.

Most athletes, MMA fighters included, stress the importance of protein intake in their daily diet.  Protein powders are not hard to come by.  While supplement companies are not quite as prevalent in MMA as clothing companies that seem to pop up on a daily basis, there are a number of choices.  Different brands, different flavors, different blends – how is one to choose what’s best?

Over the past couple years, I have tried at least twenty different types of protein powders.  Spoiler alert – most of them don’t taste like the flavors they advertise, and many of them have a blend of protein that doesn’t break down in the body in such a way that maximizes the absorption and makes the money you spend worth it.  I have settled on two types of protein powder, both of which I take on a daily basis.  Thanks to the generous people at BNRG, I’m able to share with you my thoughts on one of these two brands, BNRG’s Proto Whey.  Proto Whey comes in multiple flavors, but I lean most heavily on Vanilla Crème.

Normally, I’d start talking about the mixability of the protein or something like that, but with Proto Whey, I want to start with the taste, because it is arguably going to be one of the two most definitive factors when deciding what protein powder to purchase.  The Vanilla Crème actually tastes like what you might expect it to; a rich vanilla flavor that does not have the often typical grainy aftertaste many other protein powders exhibit.

It is an extremely versatile protein powder.  I make a lot of my shakes with Proto Whey with almond milk, which has a taste similar to a vanilla milkshake.  This can be mixed easily in a blender ball or shaker cup.  The powder dissolves completely after a few shakes and doesn’t gather in clumps like you see with many protein powders.   In addition to just mixing it with almond milk, the taste also holds up when mixed with other things.

Proto Whey advertises “Rapid and complete absorption technology” due to the fact that the protein contained in Proto Whey is hydrolyzed whey protein.  From BNRG.com:

So what’s the difference between all the hydrolyzed whey proteins on the market today?
Simple: the Degree of Hydrolysis (DH). When proteins are broken down externally, some may be broken down entirely, and others may have only undergone a small amount of hydrolysis. Proto Whey is extensively hydrolyzed, moreso than any other product on the market. This extensive breakdown of proteins allows Proto Whey to absorb rapidly and completely, without the waste associated with whole proteins and only partially hydrolyzed supplements.

Less waste also translates into less wasted money, in that the protein being taken is being used by your body more effectively.  For more information on the benefits of Proto Whey, make sure to check out the video below with BNRG sponsored athlete, Patty Zariello.  Patty took some time out of her appearance at the BNRG booth at the 2012 Arnold Sports Festival to talk with Mike (my co-host of The Cageside Beat and perennial cameraman) and I about Proto Whey.

For those of you not familiar with Mike’s weight loss situation – he lost 100 pounds over a period of a year, and Proto Whey was an integral part of his new eating plan.  Here is what Mike had to say about Proto Whey:

The first thing I really noticed about ProtoWhey when I first opened the container was the smell.  A lot of protein powders have an odd, chemical-like smell to them.  But the PW Vanilla Crème smelled like it belonged in a Starbuck’s triple-frapped whatever.  And what’s more, PW doesn’t taste like a protein powder either.  When I use PW, I typically blend it with some almond or coconut milk, some fruit (banana and mango are my go-to), some dry oatmeal and some ice… It’s a rare thing when I look forward to drinking a protein shake, and with PW, I definitely do.  Maybe I’m crazy, but I’ll take my PW shake over a bad-for-you milkshake every day of the week, and twice on Sundays.  PW blends smoothly every time; it makes a flavorful, consistent, and nutritious base to my breakfast every morning.

The advantage of having exclusively hydrolyzed protein is obvious… faster absorption, which means greater benefit.  So it’s nice, when I drink my shake after my morning exercise, that I get the benefit of the high-quality protein, and I don’t feel immediately hungry again.  I feel energized, healthy, and ready to face the day.

Proto Whey is more expensive than many of the protein powders out there, but the superior taste and great absorption rate makes it worth it.  Products can be purchased on BNRG.com, but other sites such as discountsupplements.com often have prices that fit most people’s budgets.

For more information, visit ProtoWhey.com, “Like” Proto Whey on Facebook, and check out what Patty has to say in the video below.