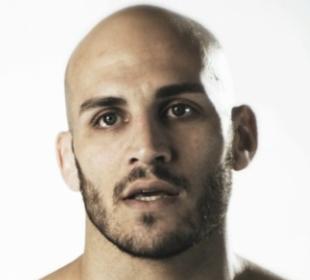 UFC officials confirmed the bout today via their UFC on Fox Twitter page.

UFC on FUEL TV 5 will feature a headline bout between Stipe Miocic and Stefan Struve, who will face off in a heavyweight showdown. The main card will air LIVE on FUEL TV with the prelims expected to air on Facebook.

Rich Attonito was last in action at UFC 140 in December 2011, where he dropped a second round TKO loss against Jake Hecht. Prior to that he scored a unanimous decision victory over Daniel Roberts at “UFC Live: Kongo vs. Barry” in June 2011, and dropped a decision to Dave Branch at “The Ultimate Fighter 12 Finale” in December 2010. Rich will no doubt look to bounce back into the win column with a good performance against Nelson.

Undefeated fighter Gunnar Nelson is currently riding a nine fight winning streak, most recently defeating Alexander Butenko via first round submission at the “Cage Contender XII” event in February. Prior to that he scored a first round submission over Eugene Fadiora at BAMMA 4 in September 2010. Nelson will be making his UFC debut against Attonito, so you can expect him to go for the big win.

Stay close to Pro MMA Now (www.prommanow.com) for all the latest UFC on FUEL TV 5 news.