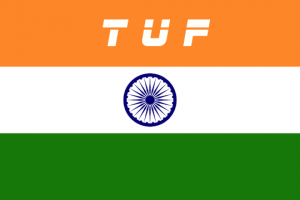 In keeping with the organization’s commitment to expanding the international reach of their hit reality series, UFC officials announced a partnership with Indian network Sony SIX that will bring The Ultimate Fighter to the massive subcontinent.

At present, SIX is home to prerecorded UFC programming like the “UFC Unleashed” series, but this will be the first time that the UFC has experimented with broadcasting the ongoing cultivation of domestic fighter prospects in the country.

With a population of well over 1 billion people, the world’s second most populous nation is a logical target market for the UFC to enter.

The move brings the number of international installments of TUF to three. Brazil and Australia are already home to regional versions of the show; however, the entry into India represent a major move into a largely untapped market for the sport of MMA.

Unlike Brazil and Australia, India’s MMA tradition is in its infancy, and domestic talent in the country is relatively undeveloped. But UFC CEO Lorenzo Fertitta seemed undaunted by the challenge of establishing MMA in Indian sporting culture. “The UFC will be successful in India even without local stars,” said Fertitta. “Somewhere out there in a country of 1.2 billion there is an Indian champion, someone who will capture the imagination of the fans and help take the sport to a whole new level.”

TUF: India is expected to air in 2013. Whether or not the program will be broadcast to North American audiences has yet to be determined.

2 thoughts on “UFC brings ‘The Ultimate Fighter’ series to India”