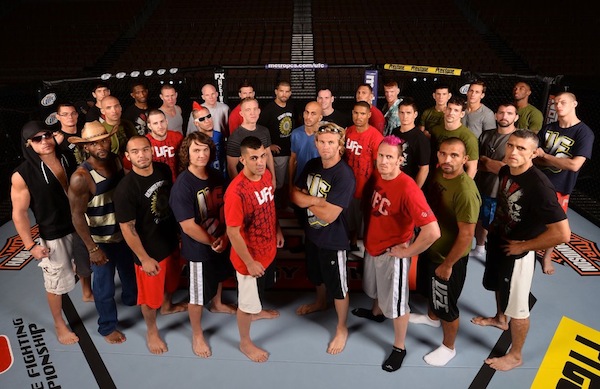 FX’s “The Ultimate Fighter Fridays” premieres this week on guess what day — Saturday.

Friday, Sept. 14, will begin the sixteenth season of the UFC’s flagship reality show. Heavyweights Roy Nelson and Shane Carwin will coach two teams of 170-pound mixed martial artists who will compete for that highly-coveted six-figure contract.

Last season we saw the “Live” format which they have now abandoned. This season is going back to the taped version, but from the looks of this video promo, it appears they could be showing more of the fighters’ background stories. Personally, I think that could be just what the doctor ordered.

When the guys are all lumped in the house together, sometimes it’s hard to get to know the characters and really differentiate between their personalities. If producers decide to delve deeper into their back-stories, I think it could make a big difference in fan reaction. Let’s hope.

What do you think they could do to make the series more interesting? Here’s the full cast of fighters for “The Ultimate Fighter Fridays”.