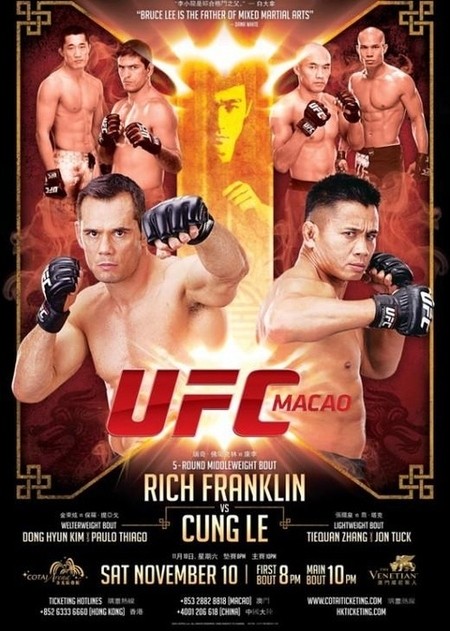 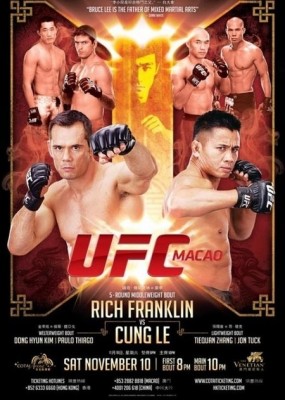 The UFC Macao (also known as UFC on FUEL TV 6) event will air live on FUEL TV while preliminary bouts will be available on Facebook. The entire fight card is below: