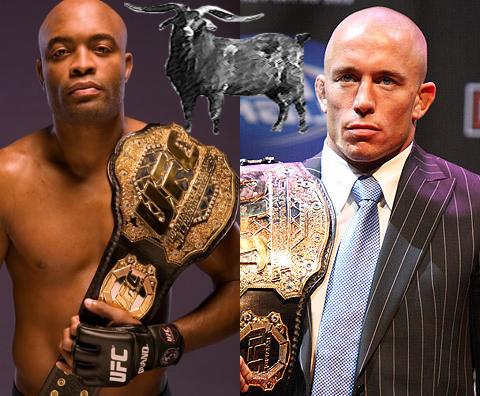 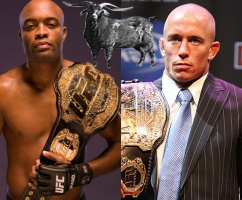 White said that the super-fight would probably happen if GSP gets past Carlos Condit at UFC 154. White revealed the news in an interview with Ariel Helwani on a special edition of “UFC Tonight” on Tuesday night:

“I think we’re pretty close. If Georges beats Condit, that could be the next fight. These guys want to fight each other now. They’d probably do the fight at 180. If that fight happens, it’ll probably be at Dallas Texas stadium.”

The fight has been talked ab0ut by media and fans for going on almost three years as both fighters have ruled their weight divisions with an iron fist. However, the fighters themselves have never openly talked about wanting to fight one another until recently.

Some people, including GSP himself, thought that he was too small to fight Anderson Silva and usually talked about the need to add muscle mass should the fight ever take place. However, there have been talks of what weight the fight would take place at with Anderson Silva wanting to move down to the welterweight division at one point.

It seems as though a catch-weight of 180 pounds would be the ideal weight for the fight to take place. A fight between Anderson Silva and Georges St. Pierre would probably take place in February or March of 2013 if it comes to fruition.

Georges St. Pierre has a tough fight in front of him at UFC 154 in Carlos Condit. Condit is a very skilled fighter that has the tools to get past a GSP that’s coming off a year long layoff and major knee surgery. It’ll be interesting to see how he performs and if he’ll have the same explosion on his takedowns and if his conditioning will be up to par as it was in the past.