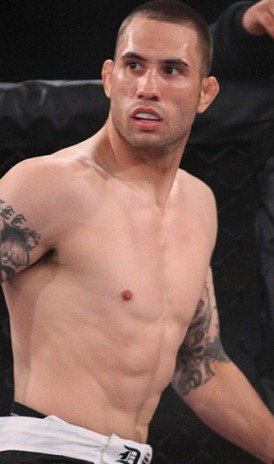 Been a while since I checked in and talked about my training, not in just the blog, but to anyone. I guess today I am just feeling great and ready to fight, so maybe that’s why. I’ve been in fight camp preparing for TUF 8 veteran and UFC veteran Phillipe Nover for over six weeks now. It’s crazy how much I have worked on certain things in my game, bounced back from some stuff personally, and overcame an infection that put me out for a week or so from training.

Just finished a good session today at Pellegrino Mixed Martial Arts in Belmar, NJ. Tomorrow I’m heading to NYC to Marcelo Garcia’s with Coach Kurt and Ferdinando Acerra. I can’t freaking wait. It’s so awesome when I get to take a trip there. My buddy Fred came up and is here to train for a little bit in preparation for his upcoming professional debut for Fight Lab October 12th at Shaw AFB, South Carolina. So I think it will be pretty cool for him to experience Marcelo’s.

I in turn took two weeks off work in order to nail these last couple weeks of training down, so that I can show the best come September 28th at Bellator 74 in Atlantic City. I usually take some time off work in order to rest up and focus on fighting for every fight. I didn’t do that for my last fight though, and I lost. So this time I am definitely focusing on this fight.

I had to deal with a few issues during this camp that I had to over come. One issue was Infantigo infection on my face from my dirty headgear. Coach Kurt Pellegrino wouldn’t let me even come to the gym for over a week, so that definitely bothered me mentally. So I would just take it out on the weights and workout equipment during my strength and conditioning workouts. I am used to only having five weeks or so for my fight camps so that didn’t bother me that much. It just really sucked knowing I had a fight coming up and my opponent was getting work in and I wasn’t.

This fight for me is do or die. I can’t wait to step back in the cage and put on a good fight and come out with a spectacular finish. I have never been to a decision and don’t plan on starting September 28th. I know that Phillipe is a tough guy and has been to several decisions, but I want to finish him. I respect him and think he is a great fighter, but I just feel like my back is against the wall and I can’t and don’t want to lose in Bellator again.

My last fight on May 11th, I felt great, and even looked great for the whole fight except for 5-10 seconds where I made a slight mistake. Marcin Held, being the spectacular leg lock specialist he is, capitalized on it and forced me to tap from the heel hook. That fight was very difficult to prepare for in my opinion, because if anyone knows anything about heel hooks, they are very dangerous and was difficult to have guys going for my legs constantly without injuring me. So for this fight I feel very comfortable in training and preparing for Phillipe cause he is a “regular” MMA fighter in my opinion, and not a jiu jitsu fighter that just attacks legs.

I feel great, in excellent shape and can’t wait for this fight. I wish it was this weekend (except for the weight cutting part). I just get more time to prepare and get better. I will be fighting on spike.com starting at 7pm-8pm. Never know though, I could get pushed to MTV2 like my last fight so just be aware. Also weigh-ins will be on Bellator.com as well. I’m ready as ever! Thanks to my sponsors Future Legend, Stract International, The Alpha-Omega Agency LLC, Dead Serious Fight Gear, Klench Kustom Mouthguards, EPO Boost/Endurafuel, E Street Bagels, and Team Time Bomb Also go and support Clifton R Lewis Good Life Foundation, they help make dreams come true and help families with Muscular Dystrophy. I’m still looking for a few more sponsors, so if interested email me at derrickakadk@yahoo.com Lastly don’t forget to follow me on twitter @derrickakadk.

“The Derrick Kennington Experiment” is an ongoing  ProMMAnow.com blog series written by a former South Carolina standout Derrick “DK” Kennington that has relocated to train with UFC veteran Kurt Pellegrino in New Jersey. Kennington will make his second appearance for Bellator Fighting Championships at Bellator 74 on September 28th. “The Derrick Kennington Experiment” is part of our ongoing series of exclusive content written by individuals involved in the mixed martial arts industry.