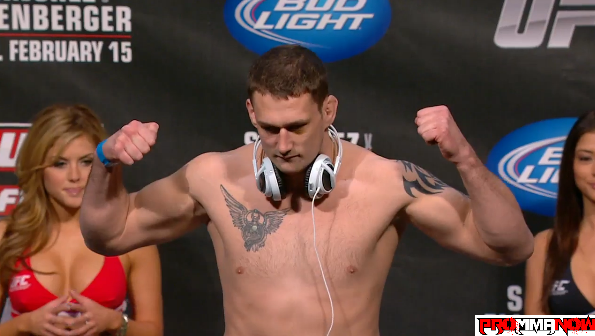 UFC 155 is expected to feature a headline bout between heavyweight champion Junior Dos Santos and challenger Cain Velasquez. The main card will air LIVE on PPV with the prelims expected to air on FX and Facebook.

Phil De Fries was last in action at UFC on FOX 4 in August, where he scored a second round submission victory over Oli Thompson. Prior to that he suffered a first round knockout loss against Stipe Miocic at UFC on Fuel TV 1 in February, and scored a unanimous decision victory over Rob Broughton in his UFC debut at UFC 138 in November 2011. De Fries now has a chance to jump up the heavyweight ladder with a good performance against Mitrione.

Matt Mitrione last fought at UFC 137 in October 2011, where he dropped a unanimous decision to Cheick Kongo. Prior to that he had been on a five fight winning streak, defeating notable fighter such as Kimbo Slice, Joey Beltran, Tim Hague and Christian Morecraft. The Kongo loss was Matt’s first career defeat, so he will no doubt look to bounce back with a big win over De Fries.