Patrick Cote vs. Alessio Sakara slated for UFC 154 in November 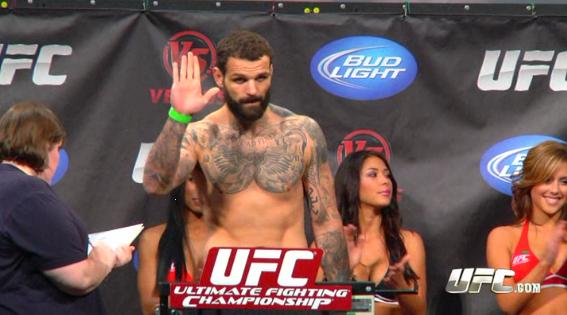 A new fight has been added to the UFC 154 card as Patrick Cote (17-8) faces Alessio Sakara (15-9) in a middleweight battle. The event is set to take place at the Bell Centre in Montreal, Canada, on Nov. 17.

UFC 154 is expected to feature a headline bout between welterweight champion Georges St-Pierre and interim champ Carlos Condit. The main card will air LIVE on PPV with the prelims expected to air on FX and Facebook.

Patrick Cote last fought at UFC 148 in July, where he dropped a unanimous decision to Cung Le. Prior to that he had built up a four fight winning streak fighting on the regional circuit in Canada, defeating notable fighters such as Kalib Starnes, Todd Brown, Crafton Wallace and Gustavo Machado. He will no doubt look to bounce back into the win column with a good performance against Sakara.

Alessio Sakara was last in action at the UFC on FUEL TV event in Sweden earlier this year, where he suffered a first round knockout against Brian Stann. Prior to that he dropped a unanimous decision to Chris Weidman at the “UFC Live: Sanchez vs. Kampmann” event in March 2011. Alessio has not won since March 2011, where he defeated James Irvin via first round TKO at the “UFC Live: Vera vs. Jones” event.

One thought on “Patrick Cote vs. Alessio Sakara slated for UFC 154 in November”