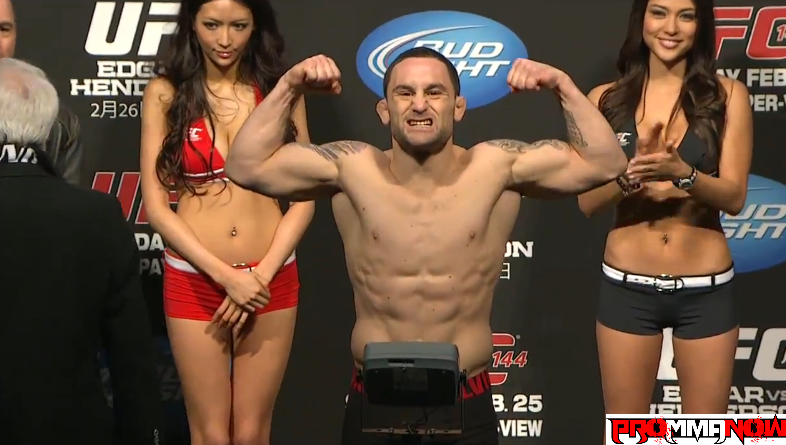 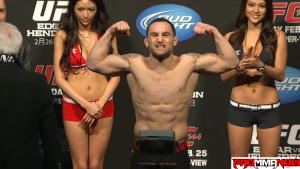 We reported a couple of weeks ago that former UFC lightweight champion Frankie Edgar would be moving down to the featherweight division with plans of fighting before the end of the year.

Well, those plans have changed as he will now face Jose Aldo for the UFC featherweight title at UFC 153 on October 13th. Aldo’s original opponent Erik Koch has had to withdraw from the fight due to an injury.

Edgar (14-3-1) is coming off the controversial split decision loss against Ben Henderson at UFC 150. He had previously lost to Henderson at UFC 144 via unanimous decision in which he relinquished his UFC lightweight title. Edgar has always been one of the smaller lightweights in the UFC, and many people felt that it was only natural for him to compete at 145 pounds. Jose Aldo already had Edgar in his cross-hairs when the news that Edgar was moving into his division. This is what he told Tatame.com when it was announced that Edgar was changing weight classes.

“He said he wants to drop to the featherweight so I’m hoping he does that to end this story,” Aldo said. “He’s welcome here so that we shut him off and he goes to the lightweight or bantamweight classes.”

Aldo (21-1) hasn’t competed since knocking out Chad Mendes at UFC 142 in January. Aldo was scheduled to face Koch at UFC 149, but had to withdraw from the bout due to an injury. Aldo has won 14 consecutive fights and hasn’t lost in almost seven years, but will be facing the most complete fighter he has faced since joining the Zuffa banner in 2008.