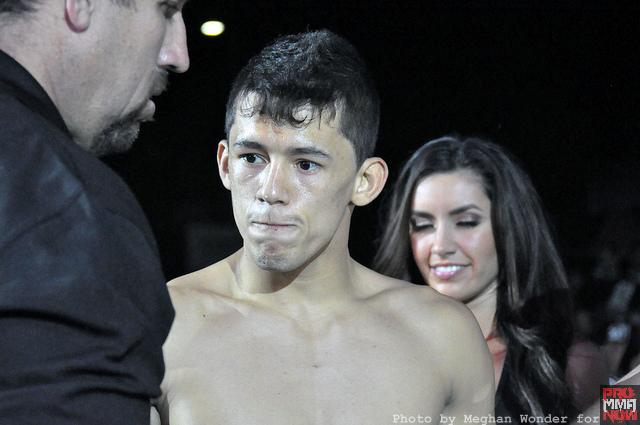 It’s never a good thing when your champion gets knocked out… especially when it’s in a different organization. But that’s exactly what happened to Bellator bantamweight champion Eduardo Dantas (14-3) over the weekend when he suffered a first round knockout at the hands of Portland, Oregon’s Tyson Nam (12-4) at Shooto Brazil 33 in Rio de Janeiro.

Dantas won the Bellator 135-pound title with a second round submission of Zach Makovsky back in April and was riding a seven fight win streak. Bellator had granted Dantas permission, as they often do with their fighters, to take a fight outside the promotion so he could continue to earn a living and stay sharp while waiting for the next Bellator number one contender at bantamweight to emerge.

Dantas is expected to make his return to action on Nov. 2 at Bellator 79 at Casino Rama in Rama, Ontario, Canada.

Here’s how it all went down between Dantas and Nam at Shooto Brazil 33: