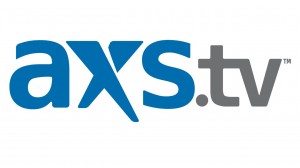 The Score Fighting Series (SFS) announced a deal which sees US-based television network AXS TV become a broadcast partner for its live MMA events. The deal was announced on Monday night’s edition of “Inside MMA” by Mauro Renallo.

The new deal will see SFS bouts broadcast as part of AXS TV Fights’ programming, beginning October 19th when the series comes to the RBC Centre in Sarnia, Ontario. You can view the announcement below:

“This a big win for AXS TV Fights fans, The Score Fighting Series and MMA fighters. The addition of The Score Fight Series bolsters AXS TV’s reputation for broadcasting more LIVE MMA than any other network while also bringing more attention to SFS.”

The Score Fighting Series plans to run six or more shows over the next 12 months on AXS TV. Starting with the October 19th event, the main cards of all future SFS events will be seen live on theScore and AXS TV.

SFS promoter Brendan Fyfe speaks on signing with AXS TV and what he means for SFS:

“AXS TV Fights is a major MMA torchbearer and we are extremely pleased to be working with them. This partnership is validation for all the hard work we have put into our matchmaking, events and production and will generate greater exposure for our fighters and sponsors. This is a great day for The Score Fighting Series and for Canadian MMA.”

The Sarnia event will be headlined by Canadian MMA standout Chris Horodecki, who trains out of the Adrenaline Training Centre in nearby London, Ontario.  His opponent and other match-ups will be confirmed shortly.  Meanwhile, The Score Fighting Series’ next event, which takes place in Hamilton, Ontario on Saturday, August 25th, will be streamed globally on thescore.com, with the main card televised live on theScore in Canada, starting at 9:00pm EST.