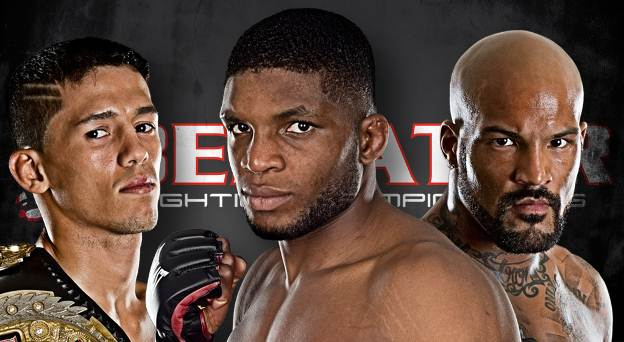 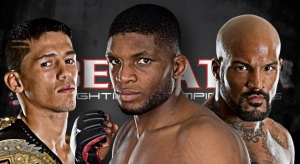 Bellator Fighting Championships is returning to Casino Rama on November 2 for Bellator 79 LIVE on MTV2, The Score in Canada and in commercial free HD on EPIX beginning at 8 p.m. EST. Doors open at 6pm EST, with the event also being broadcast on mun2 in Spanish language, as well as streamed on Spike.com.

Tickets are on sale now and are available at Ticketmaster.com, Bellator.com and in-person at the Casino Rama Box Office. Tickets are priced from $25-$175.

Eduardo Dantas (14-2) is the only ranked bantamweight fighter outside of the UFC according to ProMMAnow.com. He disposed of Zach Makovsky to become Bellator’s youngest champion at 23 years of age. He has won seven consecutive fights with five finishes dating back to November 2009. He’ll be defending his bantamweight title at Bellator 79.

Paul Daley (30-12-2) made a splash in his Bellator debut by taking out Rudy Bears via first round TKO. The long time MMA veteran striker will be looking to get another win under his belt prior to participating in the Bellator Welterweight Tournament in 2013.

Ryan Ford (18-4) will be making his second Bellator appearance after besting Luis Santos in his debut back in May. All 22 of Ford’s professional bouts have taken place on Canadian soil and he’ll look to continue his crowd pleasing performances at Bellator 79.