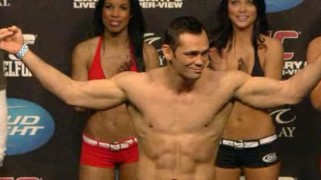 UFC President Dana White confirmed the news while talking to media after the UFC on FOX 4 post-fight news conference on Saturday night. Rich Franklin vs. Cung Le will headline the UFC on FUEL TV 6 event which will be the UFC’s first event held in China.

The UFC on FUEL TV 6 event will take place on November 10th in Macau at the Venetian Macau Resort Hotel and will air live on FUEL TV.

Rich Franklin (29-6) is coming off a unanimous decision win over Wanderlei Silva at UFC 147, surviving an offensive onslaught early on to earn his second win over Silva. Cung Le (8-2) lost to Silva at UFC 139 via TKO after taking more than a year off from MMA to make movies. Le was able to get his first UFC win against Patrick Cote at UFC 148, winning a unanimous decision.