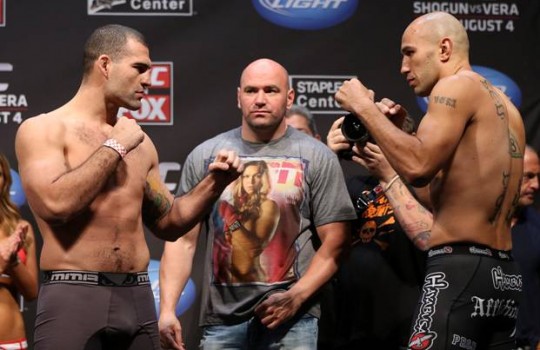 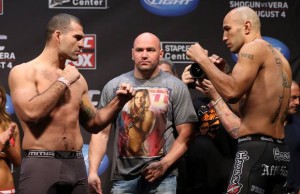 After an exciting night of fights at UFC on Fox 4, Joe Lauzon, Mike Swick and Jamie Varner each took home $50,000 in bonus money. The event that took place on Saturday night featured headline bout between Mauricio “Shogun” Rua and Brandon “The Truth” Vera.

The bonuses were announced by UFC officials shortly after the event.

Joe Lauzon is now tied with retired UFC veteran Chris Lytle for the most bonuses in UFC history, after taking two bonus awards on Saturday night. The fight against Jamie Varner was full of excitement as both men went tick-for-tack in an epic battle. After three back and forth rounds Lauzon gained control on the ground and administered a triangle choke that finished the fight.

The returning Mike Swick reminded the UFC and fans that he can still throw down in the world’s number one MMA promotion. Swick took some time out to battle health issues and ended a two fight losing streak by defeating DaMarques Johnson on Saturday. In what was a fairly even first round both men held their own, then during the second round Johnson threw a kick which Swick caught resulting in Johnson falling backwards. Mike followed Johnson to the ground landing a devastating right which knocked Johnson out and followed up with a few more blows until the referee had to step in.