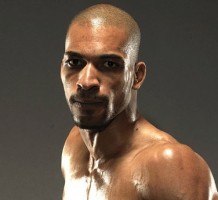 Fight week is always stressful for a promotion with so much to do going into a big event. It is a rare occasion that things go perfectly. The XFC’s day started out a bit rocky yesterday when it was announced early that Mike Bronzoulis was no longer fighting in the main event against Corey Hill.

Hill had already seen one opponent come and go. The top billing for the event started as a welterweight showdown between The Ultimate Fighter veteran Hill and the undefeated Jason South.

South withdrew from the card and in stepped he Strikeforce veteran Bronzoulis. We sought comment from the XFC on the departure of Brounzoulis but at the time of this post had not gotten a reply.

John Prisco, the owner of the XFC, did tweet about the incident.

Ill consider bronzoulis again, as we expand the female division. And his mgr is a piece of work. You will hear more live on axstv tonight.

A quick announcement followed that Roger Carroll had stepped up to the challenge and would face Hill in the main event that airs live on AXS TV. That was short lived as the XFC tweeted the following:

With that announcement the focus shifts to Nicolae Cury and Roger Carroll. The two welterweights come in with impressive records. Cury brings the big name training camp as the Brazilian represents The Blackzilians. Carroll is the veteran of the regional tours and is from North Carolina.  Both men are known for their execution of submissions. Cury has a mean arm bar and Carroll comes in touting all of his wins by way of submission.

In the co-main event Felice “Lil Bulldog” Herrig looks to continue her winning ways in the XFC cage as she faces Simona Soukupova. Felice is coming off of a decision victory at XFC 17 over Patricia Vidonic. Soukupova hasn’t fought in nearly a year. Her last win was in November of 2010 when she defeated Celine Haga via TKO.