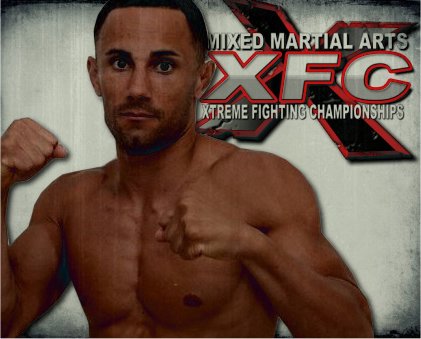 My recent signing with the XFC left me inspired to start writing again. Actually, I wanted to do a video blog but I can’t seem to find my camera. This is what happens when you get hit in the head all the time. XFC 19 has some match ups that I’m particularly excited about watching and here are my thoughts on how things might go down on Friday night in North Carolina.

The first fight I want to break down is the main event which features Corey Hill vs. Mike Bronzoulis. I had the pleasure of meeting Mike in Mexico a few months back and have rolled with Corey while I was living in Tampa a few years ago. Both guys are solid fighters, but I think the physical and natural talent edge would have to go to Hill. While Bronzoulis has a huge edge in experience.

It’s my guess that the female fight at XFC 19 will be a very entertaining one that might be the subject of all the post show conversation. Styles make fights and I’m guessing from watching footage of Soukupova that this might turn into a kick boxing showcase. I cannot imagine that Soukupova would want to take things to the ground and XFC fans are familiar with Herrig’s kick boxing credentials. I’m really hoping this fight stays on its feet for entertainment purposes, but the truth is I think Herrig would be a few steps ahead on the ground vs Soukupova.

This fight should be a grappling lover’s dream! It will pit the wrestling and top game of Newell against the dangerous guard of Mays. The deciding factor in this fight will be the physical disparity between the two fighters. Newell is a large lightweight while Mays is very small for the weight class. I see Newell getting numerous takedowns and scoring with GNP, while being able to power out of a number of submission attempts during the fight. I don’t rule out the possibility of Newell getting submitted because Mays is great off his back but I see Newell getting the decision win.

I hope you enjoyed my breakdown and tune in to Axs.tv Friday to check out XFC19.