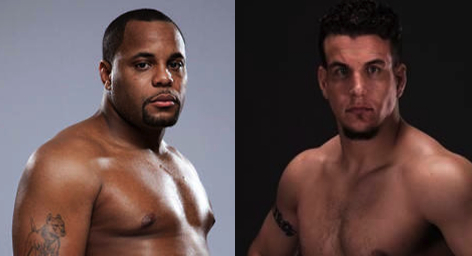 Cormier has one fight left with Strikeforce, and Mir will crossover to the Zuffa-owned promotion to face him in a bout expected to take place Sept. 29* in Sacramento, Calif., in the co-main event of “Strikeforce: Melendez vs. Healy” which will air live on Showtime.

“There has been a lot of speculation as to who Cormier would fight next, and this is the fight that makes the most sense. The reality is, Cormier is one of the best heavyweights in the world. He just won the grand prix and beat Josh Barnett. He needs to fight opponents of that caliber, and Frank Mir is that guy.”

Mir was on a three-fight win streak prior to dropping a second round TKO loss to UFC heavyweight champion Junior Dos Santos back in May.

Cormier, a 2004 Olympian, is still unbeaten in his pro MMA career. He took home the Strikeforce Heavyweight Grand Prix championship earlier this year with a unanimous decision win over former UFC heavyweight champion Josh Barnett in the finals.

Cormier will return with Mir to the UFC following the match as Strikeforce has folded their heavyweight division. Headlining the Sept. 29 event will be Strikeforce lightweight champion Gilbert Melendez defending his title against  Pat Healy.

*-The report from USA Today Sports indicates the bout is scheduled for October. However, a Strikeforce press release published today states Cormier will be fighting on the Sept. 29 card.