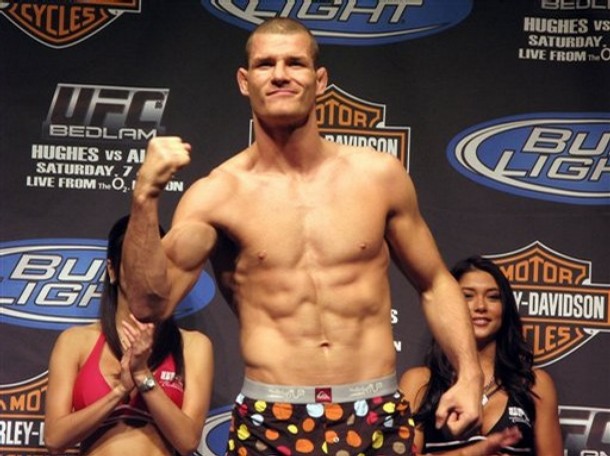 UFC President Dana White announced before UFC 149 that he would let us all know about the promotions plans for the UFC middleweight division at the UFC 149 post-fight news conference. However, after former Bellator middleweight champion Hector Lombard provided a lackluster effort in a close split decision loss against Tim Boetsch, plans got put on hold.

Many thought that Lombard would get fast tracked to a title shot against Anderson Silva if he were to steamroll Boetsch like many thought he would. He was riding a tremendous winning streak, was former champion, gets paid a lot of money, and isn’t a spring chicken at 34 years of age. He moves down a few spots with the loss and isn’t in the title picture at the moment, so I wanted to take a look at who is and provide commentary on who and why they would get the next shot at Anderson Silva. Here are the candidates in no particular order:

Chris Weidman (9-0)-Weidman is obviously undefeated and is (5-0) inside the UFC with three stoppages to his credit. He has beaten two highly ranked middleweights in Demian Maia and Mark Munoz. I think it should be noted that Maia isn’t in the division anymore, and Munoz had been out of action for over six months while coming off elbow surgery. Weidman is still relatively unknown to casual fans and would not be a huge draw in that department.

Michael Bisping (22-4) Bisping is one of the vocal/popular fighters in the UFC. He’s coming off a close split decision loss to former number one contender Chael Sonnen. Some people think he won that fight. He had won four fights in a row prior to the loss, but none of those opponents were top ten middleweights. In fact, only one of them is still competing in the UFC middleweight division (Dan Miller). However, Bisping will face Brian Stann who’s a top ten middleweight at UFC 152 in September. An impressive win there could go a long ways in solidifying himself.

Tim Boetsch (16-4) is undefeated since moving to the middleweight division at (4-0) and has two wins over two top 10 middleweights. However, both wins kind of have asterisks beside them in my opinion. He was clearly getting outclassed by Yushin Okami prior to hurting Okami with strikes and finishing him in the final frame. The win over Lombard wasn’t definitive as it really could have gone either way. He’s not a huge draw (or a draw at all PPV wise) to casual fans. He may be out with a broken foot and isn

Brian Stann (12-4) is coming off a TKO win over Alessio Sakara. Stann is (4-1) as a middleweight with the lone loss coming against number two in the world Chael Sonnen. He has a TKO win over a top ten opponent (at the time) in Jorge Santiago. In fact, all of his wins as a middleweight have come via stoppage. He’ll be fighting Bisping at UFC 152 and does have some appeal to casual fans because of his miltiary background and fighting style.

Alan Belcher (18-6) is coming off a TKO win over the always tough Rousimar Palhares. Belcher has won four fights in a row, finishing all of those opponents, with the only loss in the past three years being a controversial loss against Yoshihiro Akiyama at UFC 100. Belcher is known by hardcore fans, but has very little appeal to casual fans in my opinion.

There is no timetable on when Anderson Silva will fight again. It’s possible he could fight one more time before the year is out, or sometime early next year according to Dana White. So using that information I want to provide some analysis/commentary on what could potentially happen.

I think Boetsch is out of the picture with the injured foot. We know that Bisping and Stann will fight at UFC 152. If either of those fighters win in dominant fashion, I would be willing to bet that they would probably get the next title shot. Both are marketable and both have fighting styles that people like to watch. I’d like to see Weidman get at least one more fight under his belt. He needs all the exposure he can get, and the same goes for Belcher. I’d like to see these two square off against one another with the winner possibly fighting one more time against someone like Vitor Belfort.

A win at that point would have either ready for a title shot against Anderson Silva. However, if Belfort is able to recover from his broken hand and beat someone like Weidman, I have to think he would be back in line for a rematch with Silva. A rematch between Anderson Silva and Vitor Belfort down in Brazil would do huge numbers. Their first fight that took place in Las Vegas at UFC 126 did over 700,00 PPV buys, and that’s nothing to sneeze at.

Who do you think should get the next title shot?

2 thoughts on “UFC middleweight division: Who should get the next crack at Anderson Silva?”