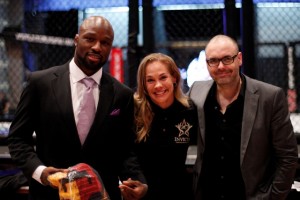 Invicta Fighting Championships will stream its much-anticipated Baszler vs. McMann, 14-fight women’s professional Mixed Martial Arts (MMA) event, live in its entirety and free of charge to a worldwide audience on the promotion’s website, InvictaFC.com, from Memorial Hall in Kansas City, Kan. on Saturday, July 28.

Invicta also announced that Mauro Ranallo, Julie Kedzie, and “King Mo” Lawal will be handling the commentary duties during the broadcast. The trio handled the same duties during Invicta’s inaugural event. Ranallo will handle the play-by-play and has experience with PRIDE, Strikeforce, and The Score Fighting Series. Lawal is the former Strikeforce Light Heavyweight Champion who recently inked a historic deal with both Bellator Fighting Championship and the TNA professional wrestling league. Kedzie has been competing in women’s MMA since 2004 and holds a respectable record of (16-9).

“We are excited about delivering a stacked women’s fight card to a global audience for the second time in a three month span. The live stream is an excellent way of supporting Invicta FC’s mission of providing women mixed martial artists with a major platform to showcase their skills on and to support the growth of women’s MMA far and wide.”

The live stream on InvictaFC.com will begin at 7 p.m. EST/4 p.m. PST with the event’s six-bout preliminary card and continue with the eight-bout main card.  The entire card can be found below:

One thought on “Invicta FC to stream ‘Baszler vs. McMann’ event FREE on Saturday”