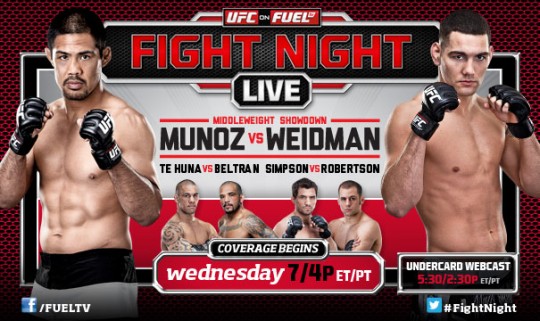 All fighters made weight without issue, although Alex Caceres, Rafael Natal and Francis Carmont needed to remove all their clothing. Also, Joey Beltran looked slim and trim and in great shape for his 205 pound debut.

The full UFC on FUEL TV 4 weigh-in results are as follows:

*Natal and Carmont both weighed 187 on first attempt, 186 on second attempt after removing shorts.