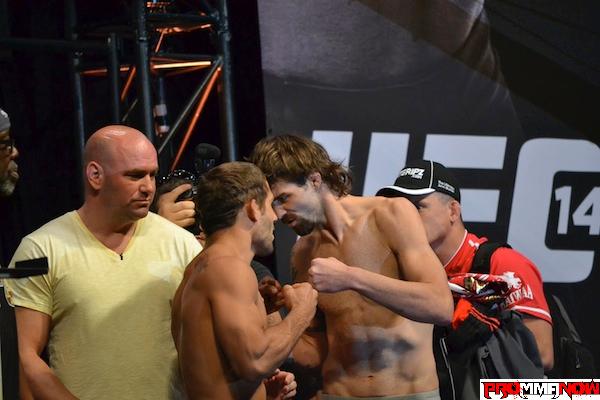 Chad Mendes never saw the patented guillotine of Cody McKenzie in their bout at UFC 148. In fact, Mendes barely saw McKenzie at all after finishing the fight by TKO in just 31 seconds.

McKenzie sprinted across the octagon to start, looking to apply pressure, but quickly found himself on the wrong end of a stiff knee as the fighters clinched. After a restart, McKenzie went to his kicks, landing several before Mendes managed to catch what would turn out to be the last one. Mendes secured the leg with his left arm and then fired off a brutal right hand to the body that collapsed McKenzie to the canvas.

A couple of more right hands followed by a short flurry of hammerfists put an exclamation mark on an impressive finish by Mendes.

With the win, Mendes moves to 12-1 overall (3-1 UFC), and more importantly takes one more step back toward title contention.