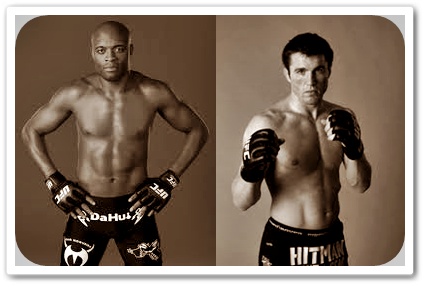 The UFC 148 main event will feature UFC Middleweight Champion Anderson Silva in defending his title for the second time against number one contender Chael Sonnen. The two fought back at UFC 117 in 2010 with Sonnen dominating Silva before succumbing to a triangle choke with just two minutes left in the fight. Sonnen will look to replicate that effort minus the submission loss on Saturday night. Can he do it? Let’s see how this one breaks down.

Chael Sonnen (27-11-1) comes into this fight off a unanimous decision victory against Michael Bisping in January. In fact, Silva is the only fighter to beat Sonnen since Demian Maia submitted Sonnen all the way back at UFC 95. Sonnen is a world class wrestler with underrated striking skills, and also has a granite chin as he has only been stopped once in his MMA career via TKO. Sonnen has won seven fights via TKO/KO and three fights via technical submission. However, Sonnen has been submitted eight times out of his 11 career losses. Of course, Silva handed him one of those submission losses in their first matchup.

Anderson Silva (31-4) comes into this fight off a TKO win over Yushin Okami at UFC 134. Silva hasn’t suffered an actual loss since a huge highlight reel submission loss against Ryo Chonan in 2004. If we discount the DQ loss against Yushin Okami(that he avenged in his last fight), Silva has won 17 straight fights and hasn’t lost in eight years. He has won 18 fights via TKO/KO and six via submission. The one hole in Silva’s game is his takedown defense in which Sonnen exploited in their first matchup while still coming up short of the victory.

The interesting note from the first fight is that Sonnen fought an almost perfect fight the first time out and still lost. The fact that he hit Silva over 250 more times than Silva hit him, and could not finish him has to worry him a bit. In fact, Silva didn’t have a mark on his face, no cuts, nor any noticeable swelling. This isn’t to stay that Sonnen didn’t hurt Silva at all because I believe he did as he wobbled him with strikes twice.

I have to believe that Silva will be a more dangerous fighter the second time out. He has had a taste of what Sonnen likes to do with his takedowns and can make adjustments for that. Also, Sonnen was only successful on 43% of his takedowns in the first matchup. He did a good job of keeping Silva down when he got him there, but Silva did stop more than half of them which many people forget.

Silva seems like he is more emotionally involved in this fight as well. I would caution against most fighters fighting on emotion, but Silva is a rare exception in my opinion. We’ve all seen him toy with opponents for the first few minutes of a fight before doing a little shimmy with his hands and then flipping the switch into killer mode. I think we’ll see more of killer mode in this one. A motivated Silva could be the most dangerous fighter on the planet.

Also, let’s not forget that Sonnen fought the first fight with elevated testosterone levels which had to provide some sort of an advantage in the first fight. Silva was also rumored to have injured ribs going into the first fight as well. These are all small x-factors that played a role in how the first fight went down. I can’t get the images of Sonnen losing to fighters like Jeremy Horn, a crazy Paulo Filho, and Terry Martin out of my head. Has Sonnen improved his game immensely since those fights? Absolutely. However, you can’t afford to make mistakes against a fighter like Silva and the first fight proved it. Sonnen fought a perfect fight for 23 minutes, made one mistake and lost the fight.

I think history repeats itself on Saturday night, but I think Silva gets Sonnen out of there earlier than before. Silva via TKO in the third round.