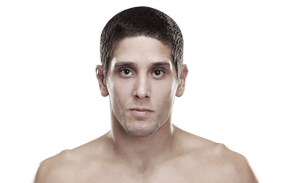 The UFC has added a new fight to their upcoming event in Canada as Jimy Hettes (10-0) will meet Marcus Brimage (5-1) in a featherweight bout at UFC 152. The event will be held at the Air Canada Centre in Toronto on September 22.

The only other bout announced for the UFC 152 card at this stage is the welterweight showdown between veteran BJ Penn and young Canadian prospect Rory MacDonald. The main card will air LIVE on PPV, while the prelims will air on FX and Facebook.

“The Kid” last fought at UFC 141 last December, where he scored a unanimous decision victory over Nam Phan. Prior to that in his promotional debut he defeated Alex Caceres via second round submission at the ‘UFC Live: Hardy vs. Lytle’ event in August 2011.

Hettes is currently undefeated in his MMA career picking up all of his pre-UFC victories fighting on the regional circuit in Maryland and Pennsylvania.

27-year-old Marcus Brimage is currently riding a three fight winning streak, most recently defeating Maximo Blanco via split decision at UFC 145 in April. Prior to that he scored a unanimous decision victory over Stephen Bass in his UFC debut last December, and a first round TKO over Kyle Bradley in July 2010.