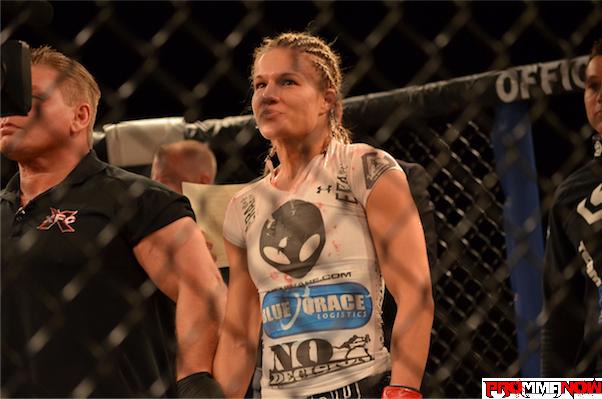 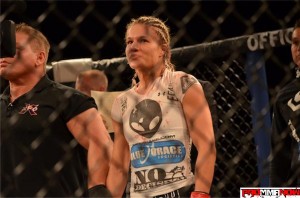 XFC 19 is shaping up to be an exciting event with the U.K.’s Simona Soukupova (2-1) slated to meet Felice Herrig (6-4) in the co-main event on August 3. The event will be held at the Grady Cole Center where XFC will make their first ever appearance in Charlotte, N.C.

XFC 19 will feature a headline bout between Corey Hill and Jason South who will take each other on in a welterweight bout. The event is scheduled to air LIVE on AXStv.

XFC president John Prisco was cageside at Herrig’s latest fight and was more than impressed with her performance:

“Felice dominated Patricia in Jackson. I was curious to see how she would handle herself coming off a loss. Some fighters play it safe or come out a little tentatively, but not Felice, she won 30-27 on all three scorecards that night and looked like a completely different fighter. She has become so well rounded. People think she’s just a kickboxer but she has it all now; wrestling, jiu jitsu, and striking. I’m very proud of her for the performance against a very tough veteran like Patricia Vidonic.”

XFC newcomer Simona Soukupova recently suffered her first career loss dropping a unanimous decision to Karla Benitez at Hombres de Honor 26 in August 2011. Prior to that she defeated both Lisa Newton and Celine Haga via TKO while competing on the regional circuit in the U.K.

Prisco also commented on Soukupova and the match-up:

“I’m really intrigued with Herrig vs. Soukupova. If you are a fan of Women’s MMA, you know who Felice Herrig is. Simona has flown under the radar over here in the United States because she has only competed in shows in the UK and Spain. I think when fans get to see how explosive she is inside the cage, she will get the respect she deserves. Felice is going to be a test for her and I think on paper Herrig may be the favorite because of her experience. But you can’t count out Simona either, her striking is amazing. She also has a very good ground game and I hope Felice isn’t taking her lightly. It has all the ingredients to be a good fight and I can’t wait to get to Charlotte for the fight.”

Stay close to ProMMANow.com (www.prommanow.com) for all the latest XFC news.