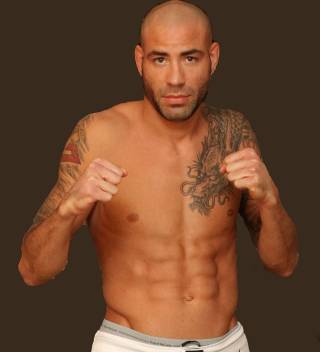 As Bellator Fighting Championships continues its Summer Series UFC veteran Ben Saunders (13-5-2) will meet longtime journeyman Brian Warren (18-15-1) in a catchweight bout of 178 pounds at Bellator 72. The event will be held at the USF Sun Dome in Tampa, Fla. on July 20.

Both Saunders and Warren have confirmed the bout via Twitter.

Bellator 72 will feature a headline bout between Bryan Baker and Karl Amoussou who take each other on in the welterweight tournament final. The main card will air LIVE on MTV2, while the prelims will stream LIVE on Spike.com.

Saunders had also been a part of Bellator’s season five 170 pound tournament in 2011, where after making it to the finals he suffered a second round KO loss to Douglas Lima at Bellator 57.

This fight against Warren is a non-tourney bout which will give Saunders the opportunity to get back into the win column.

Bellator newcomer Brian Warren is currently riding a five fight win streak, most recently defeating David Hayes via first round TKO at a Gladiator Challenge last month. Just prior to that he scored a first round submission win over Jeff Russel in April, and a first round TKO over John De La O last December.

Warren has spent the majority of his career fighting on the regional circuit in California. He has fought a lot of big names since making his pro debut against Karo Parisyan in 1999 but always seem to come up short against the top tier talent. A win over Saunders inside the Bellator cage on national TV would be Warren’s most significant win to date.