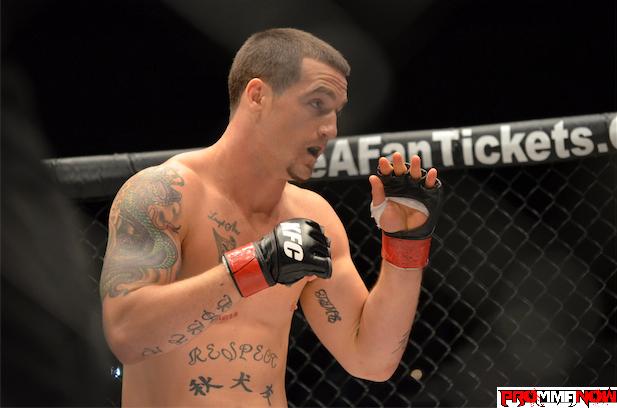 West is a former Marine and has a reputation as a heavy hitter, having been known to drop heavyweights flat on their face in the past. However, Joe Ray has his own reputation — of putting his opponents in the hospital, win or lose. With nine wins now on his record, the Floridian has finished every opponent he has beaten.

On Dec. 3, 2010, Joe Ray suffered the first loss of his career, dropping a split decision to undefeated South African middleweight Jeremy Smith (7-0) at XFC 13. Ray feels he actually won the fight and wants another shot at Smith. Ray tells Smith to quit hiding and promises not to leave it in the judges’ hands next time.

Check out more XFC 18 post-fight interviews and stay tuned for many more to come. Also, see our photo gallery from the event, as well as our complete play-by-play commentary on each bout. And by the way, if you’d like to see the rematch between Joe Ray and Jeremy Smith, you can let XFC President John Prisco know on Twitter at @JohnXFC.