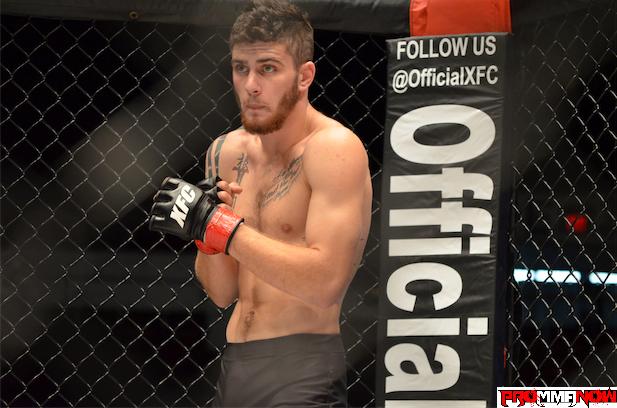 ProMMAnow.com’s Gary Thomas caught up with SSF Academy’s Michael Graham following his unanimous decision win over Cory Robison at “XFC 18: Music City Mayhem” Friday night at Municipal Auditorium in Nashville, Tenn. Although Graham and Robison were both making their pro debuts, Graham felt a lot of people were counting him out coming into the bout and just considered him a stepping stone for Robison who is a BJJ black belt and Pan-Am champion. Graham said he was there to prove he is no one’s stepping stone. Michael would like to thank his Mom, his coach Ron Dayley from SSF, his best friend Noah, and God, who he said has done great things in his life.

Check out more XFC 18 post-fight interviews and stay tuned for many more to come. Also, see our photo gallery from the event, as well as our complete play-by-play commentary on each bout.