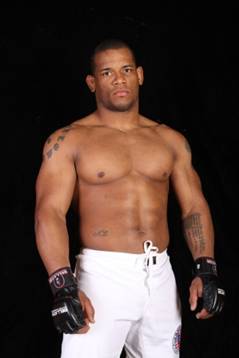 Injuries seem to be streaming in for the UFC and the latest casualty is British fighter Michael Bisping (22-4). UFC officials announced on Wednesday that Bisping sustained an injury during training that has forced him to withdraw from his scheduled UFC 149 bout against Tim Boetsch (15-4).

Earlier this week Brian Stann also withdrew from his planned UFC on Fox 4 headline matchup against new signing and former Bellator Middleweight Champ Hector Lombard (31-2-1). As a result of the two injuries the UFC have decided to create a fight between the two healthy fighters Boetsch and Lombard with the two men will facing off as part of the UFC 149 main card.

Tim Boetsch was last in action against Yushin Okami at UFC 144 in Japan. He won the fight in spectacular fashion coming back after losing the first two rounds to score a knockout in the third round. Tim is undefeated since dropping to middleweight and prior to the Okami fight he scored cpnsecutive decision victories over Kendall Grove and Nick Ring.

Hector Lombard has not lost a fight since 2006 stringing together a series of highlight wins in the process. He left Bellator who he has been fighting for since 2009 as middleweight champion and has made the move over to the Ultimate Fighting Championships. Lombard’s most recent fight was against Trevor Prangley at Bellator 58 where he defeated the South African via TKO in the second round. This fight against Boetsch will be Lombard’s first fight of 2012.