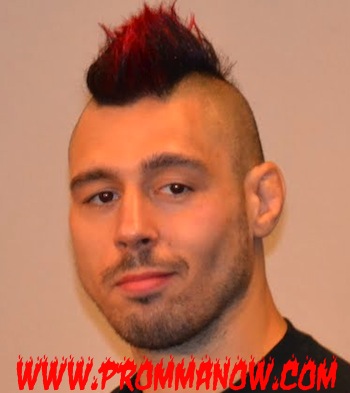 It took Hardy just under four minutes to dispatch Ludwig and pocket a cool $70,000 “knockout of the night” bonus in the process. Despite the quick victory Hardy said there were other skills he has been working on he was hoping have a chance to display inside the Octagon.

Hardy said he plans to take a short vacation and then hopes to return to action when the UFC pays a visit to his hometown of Nottingham, England later this year (most likely in September). Hardy said he doesn’t mind waiting until then as it will give him a chance to keep working on his skills.

Hardy said he has always been a fan of Ludwig’s and was very familiar with his fighting style. He watched a lot of  tape on Ludwig and explained his game plan and how he set up the knockout blow.

Finally, Joe talks with “The Outlaw” about a certain incident that happened at Superior Cage Combat 4 in Las Vegas back in February that involved a certain “rowdy” fan who kept talking with Hardy and harassing ProMMAnow.com photographer Kristyn Adamakis by rubbing her shoulders at cageside. This person affectionately became known as the “Youtube sensation” and Layzie the Savage caught it all on film.

Be sure to check out more ProMMAnow.com exclusive UFC 146 coverage.