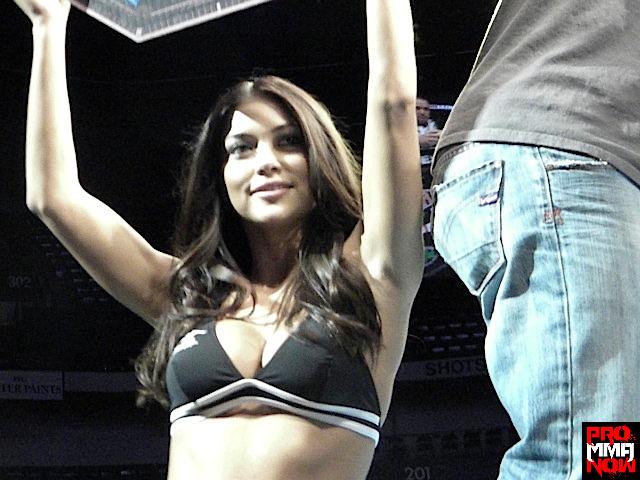 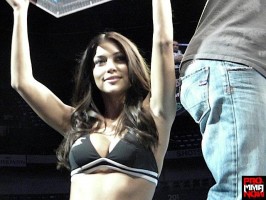 LAS VEGAS — Celebrity gossip website TMZ is reporting that UFC Octagon girl Arianny Celeste was arrested early Saturday morning for allegations of domestic violence. Celeste was taken into custody at the Clark County Detention Center at 7:30 a.m. and was later released after posting a $3,000 bond.

“Arianny is our baby. She has been with us for over five years. She is a good girl and an amazing ambassador for the UFC. I don’t know all the details of what happened but we have her back and support her 100 percent.”

UFC 146 is already under way this evening at the MGM Grand Garden Arena in Las Vegas. Celeste is noticeably missing at cageside and her fellow Octagon girl Brittney Palmer has been working the fights solo.

2 thoughts on “Arianny Celeste arrested on allegations of domestic violence”