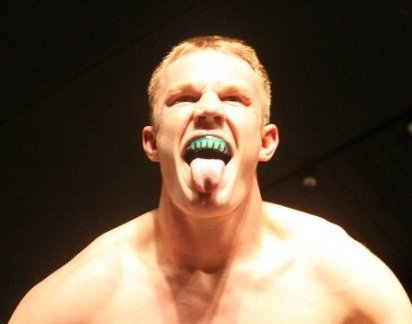 A new fight has been added to the UFC 149 card, Claude Patrick (14-2) will face James Head (8-2) in a welterweight matchup in July. The fight was announced by UFC officials today.

UFC 149 will take place on July 21st, at the Scotiabank Saddledome in Alberta, Canada. The event will be headlined by a featherweight title bout between current champ Jose Aldo and challenger Erik Koch. The main card will air on PPV with the prelims expected to air on FX and Facebook.

Claude Patrick enters this fight coming off a loss against Brian Ebersole at UFC 140, losing the fight via decision in December 2011. Prior to that fight Claude had built up an impressive 13 fight winning streak spending most of his MMA career fighting on the regional circuit in Canada. He joined the UFC in 2010 and has built up a record of (3-1) within the organization.

James Head made the drop from middleweight to welterweight earlier this year and was victorious in his weightclass debut against Papy Abedi at UFC on FUEL 2 in Sweden earlier this year. James ended the fight with a rear naked choke in the first round, bouncing back from a loss to Nick Ring at UFC 131 in June 2011.