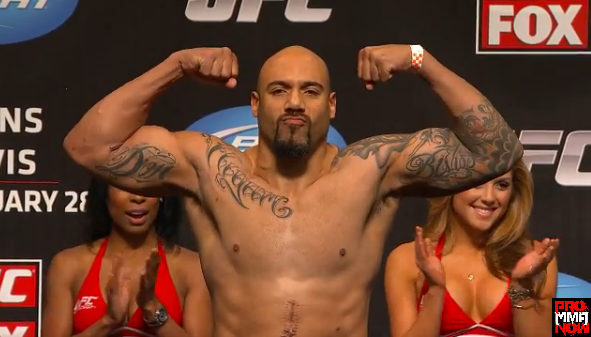 UFC 146 has been in a continual state of reshuffle ever since Alistair Overeem was removed from his main event championship bout against Junior dos Santos. The domino effect has caused numerous changes to the all heavyweight main card and recently injuries have continued the UFC putting the card subject to change asterisk to good use.

The latest card change comes in less than two weeks till the May 26th event takes place at the MGM Grand Arena in Las Vegas, Nevada, with Mark Hunt (8-7) being removed from his bout with Stefan Struve (23-5) and Lavar Johnson (17-5) filling in for the Australian heavyweight.

Mark Hunt announced via his Twitter account that an injured posterior cruciate ligament has forced him to withdraw. UFC officials confirmed  the matchup change shortly after. In the weeks following Overeem’s removal from the title bout, a twitter rally exploded in support for Mark Hunt to take his place. The rally was so big that Mark Hunt became a worldwide trending figure. Dana White eventually shot down the calls for Hunt to be bumped to the title bout and his bout with Struve would go on as planned. Ironically, in the much reshuffled and re-booked UFC 146 card, Hunt vs. Struve was the only bout on the UFC 146 card that was going to come to fruition as it was originally booked.

Taking Mark Hunt’s place will be “Big” Lavar Johnson who is fresh off the heels of a UFC on FOX 3 victory over Pat Barry by 1st round TKO. Johnson steps into the bout just 12 days after his UFC on FOX 3 bout and has just over a week to prepare.

Both Johnson and Struve come into the bout on two fight win streaks. Johnson has dispatched Joey Beltran and Pat Barry by way of his fists in his two UFC bouts. Struve most recently defeated Dave Herman at UFC on FUEL TV 1 and also defeated Pat Barry by triangle in October of last year.

1 thought on “Mark Hunt out of UFC 146, Lavar Johnson steps in to face Struve”