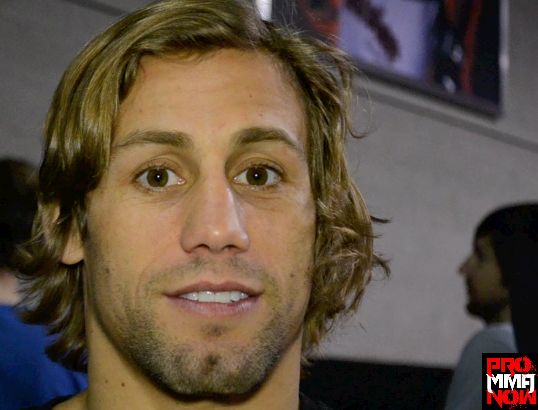 The original bout between UFC Bantamweight Champion Dominic Cruz and Urijah Faber set for UFC 148 was scrapped after Cruz suffered a torn ACL while training for the bout. Both fighters have been on opposite sides coaching their Ultimate Fighter teams leading up to the championship bout which was to take place July 7th at the MGM Grand Arena. Due to the severity of Cruz’s injury a interim title for the bantamweight division will be up for grabs at UFC 148.

Urijah Faber has been vocal about who he feels is in the mix for title contention, in a YouTube video  released after Cruz’s injury was announced Faber spoke on possible opponents:

“I’m hoping for a top contender, Renan Barao in my opinion is next up, Michael McDonald after that, and Ivan Menjivar after, so I’m just waiting to see. I’m ready to scrap July 7th.”

The interim bantamweight title fight will be the co-main event for UFC 148. Headlining the stacked card will be the rematch between Anderson Silva and No. 1 contender Chael Sonnen.