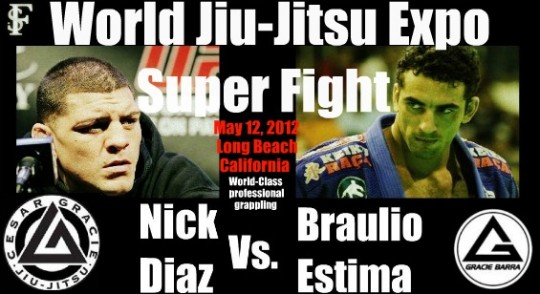 ProMMAnow.com (www.prommanow.com) is on the scene in Long Beach for the event and will bring back several video interviews and photos for your enjoyment. We will also provide live results for each of tonight’s superfights.

A live stream of the bouts can be ordered at www.mobileblackbelt.tv for $9.95.

So, Nick Diaz no-showed. When it came time for the main event Braulio Estima came out onto the mat and waited. Nick Diaz never came out. It was then announced that Diaz would not be fighting. No reason was given.

This is a major disappointment as tons of fans came out to watch the fight, not to mention all the people that bought the live stream online. Nick Diaz continues to alienate himself from the fans and the sport.

Stay tuned for updates and we will still have plenty of video interviews from the Expo.