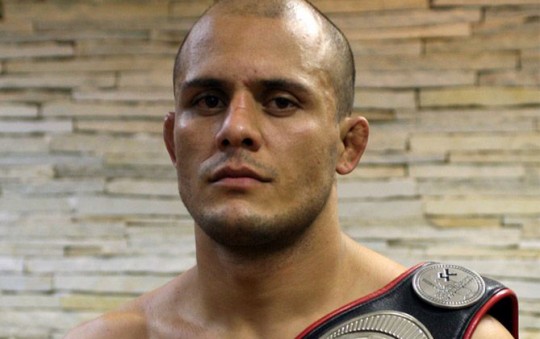 UFC officials have announced that an injured Yoshihiro Akiyama has withdrawn from his UFC 149 fight against Thiago Alves and will be replaced by Siyar Bahadurzada who will compete for only his second time in the UFC Octagon.

UFC 149 will take place on July 21st at the Scotiabank Saddledome in Calgary, Alberta, Canada. The event will be headlined by a featherweight title bout between current champion Jose Aldo and Erik Koch.

The new match-up between Alves and Bahadurzada will be part of the main card that will air on pay-per-view, the prelims are expected to air on FX and Facebook as usual. There is currently no information on the cause or nature of Akiyama’s injury at this stage.

Thiago Alves has been unable to put together any consecutive victories since losing a welterweight championship fight against Georges St.Pierre at UFC 100 back in July 2009. Since then he has won two fights, a dominant decision victory over John Howard and he defeated Papy Abedi with a rear-naked choke submission in the first round.

In his most recent fight at UFC on FX 2, Alves was defeated by Martin Kampmann who was able to secure a guillotine choke in the third round ending the fight. A victory over hot prospect Bahadurzada would be big for Alves who will now look to build up some momentum.

Newcomer Bahadurzada put on an impressive performance in his UFC debut defeating veteran Paulo Thiago. He was able to knockout the Brazilian in just 42 seconds of the first round earning himself “Knockout of the Night” honors.

Siyar is currently on a seven-fight winning streak. Prior to joining the UFC he won the Shooto middleweight championship and successfully defended the belt twice before making the drop to welterweight. A victory over “Pitbull” would put the UFC’s 170 pound division on notice.