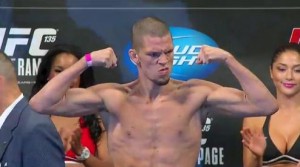 The UFC on FOX 3 event has come and gone while surely setting up some nice fights in the future. We have Nate Diaz, Alan Belcher, and Lavar Johnson all scoring upset wins while climbing up the ladder in their respective divisions. Let’s take a look at who they could be fighting next.