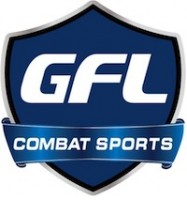 – Friday, May 4, 2012 8:00pm ET featuring “Tournament of Warriors” at American Bank Center Arena. Sixteen of the most elite fighters will battle for $60,000. Fight fans get to witness this live as UWF has made a broadcasting deal with the GFL Combat Sports Network to air the 3-event tournament. Scheduled to compete on this stacked event include local fighters Hector Munoz (8-3)and Christopher Pecero (4-3) along with other fighters including Reynaldo Trujillo (10-7), Warren Stewart (11-16), Mike “The Greek” Bronzoulis (13-4-1) and Joseph Daily (5-3). The tournament will be divided into two divisions; eight fighters in the 155 pound division and eight fighters in the 170 pound division. Winners of the first round will advance to the semi-finals in Laredo on May 26th, with the finale in Hidalgo on June 30th. The winner of each division will receive $25,000 and will be the first official belt holders for their respective divisions of Ultimate Warrior Fighting.

– Friday, May 4, 2012 8:30pm ET featuring Showdown Fights: Uprising at the UCCU Center in Orem, UT will featureSean “The Real OC” O’Connell versus Idaho’s own undefeated son Kip Ramos in a Light Heavyweight MAIN EVENT! O’Connell (11-4) is a local radio host and former Ultimate Fighter competitor. He took home a bittersweet “Fight of the Night” bonus in an epic battle with Trevor Carlson before a sold-out crowd at Showdown Fights: Breakout, February 24th. Fans saw an all out 3-round war, which left both competitors asking to “not” have a rematch anytime soon, for fear of their own safety. Kip Ramos is an undefeated phenom from Boise that has finished all of his fights without ever having experienced a 3rd round. Many in the industry have chronicled his meteoric rise because it rivals the path of several greats.

– Friday, May 4, 2012 10:00pm ET featuring Epic Fighting 12 at the Four Points Sheraton in San Diego, California. For the 15-bout card, Epic Fighting has collected some of the deepest local talent in the country to provide the fans of SoCal and worldwide watching live on the Internet, a great night of action packed amateur fights. In the main event,Kaiyana Rain Tan (2-1) battles Lena Hellgvist (1-1) in a women’s 115 bout. Tan has great cardio as she has gone to a decision in all 3 of her bouts, including her lone loss which was by split decision. Tan is a grinder that likes to outwork her opponents in the cage and constantly put pressure on her foes to keep up with her rapid pace. Tan will look to outstrike Hellgvist early on and then build up points from there. For Hellgvist, is coming off a win in her last fight that ended in the first round via TKO. A heavy hitter, Hellgvist will probably be the stronger of the two women in the cage. She will look to take advantage of the strength difference by landing the harder strikes and causing more damage to Tan and if the fight goes to the ground she will look to control the action on the mat and out wrestle Tan for dominant position. Both Tan and Hellgvist are very exciting fighters and this bout should be full throttle. In the co-main event,Mike Jenkins (2-0) fights Nick Home (0-0) in a lightweight matchup. Jenkins has been impressive in his 2 outings as they have both men first round stoppages, one by KO which lasted 8 seconds and one by submission. Home is an unknown so he could have the advantage in game planning as he at least knows the strengths of Jenkins, whereas Jenkins will just have to be prepared for anything and everything. These fights, more often than not turn out to be barnburners as both fighters want to go in there and mix it up and prove from the beginning that they are the dominant fighter in the cage.

– Saturday, May 5, 2012 6:00pm ET featuring South Carolina’s #1 MMA promotion, Caged Chaos 5 presents “Vendetta” at Jamil Temple in Columbia, South Carolina. In the main event, Tim “The Terror” Goodwin (5-3) facesChris “The Constrictor” Cain (5-2) in the long awaited Cage Chaos Bantamweight Championship. Goodwin come into the fight looking to bang as 3 of his 5 wins have come via KO or TKO. Goodwin is a well-rounded fighter as he also has a slick ground game evidenced by his victory by arm triangle. Goodwin is a superstar in the MMA scene in South Carolina and looks to make a name for himself nationally by defeating Cain and becoming the new Caged Chaos 135 lb champion. Cain is on a 3-fight win streak and previously fought at lightweight, so he will be the bigger, stronger fighter in the cage come fight night. Cain likes to grind away at his opponents and push the pace stacking up rounds while controlling the fight. A strong wrestler, Cain likes to dictate where the fight goes and will look to make Goodwin fight his fight. The winner of this bout will be considered the top 135 lb fighter in the region as a whole. In the co-main event, Solon “Sharktooth” Staley (10-3) fights Ronnie “The Heat” Lawrence (3-3) for the ISKA Regional Bantamweight Championship. Staley holds titles with numerous other organizations, so he will be ready to fight in this championship bout. Staley is a strong grappler and especially likes the guillotine choke as half his wins have come from this submission alone. Staley will look to get the fight to the ground and attack Lawrence’s neck either with a guillotine or rear naked choke. For Lawrence, he fights a high reward-high risk style as evidenced by his .500 record. You never know what Lawrence will do in the ring as he can wrestle and strike so it will be interesting to see which strategy Lawrence tries to implement. The third title fight of the evening features Jason “The Nightmare” Faglier Jr. (6-0) fighting Nicholas Vecchione (2-5) with the ISKA SC Bantamweight Championship at stake. For the undefeated Faglier Jr., he already holds two titles in his young career and has only gone to a decision once, submitting his other 5 opponents. Faglier is a tremendous grappler who can beat you with a choke, armbar or any other finishing hold so look for him to try for a takedown early on. This is a career defining fight for Vecchione as a victory over Faglier Jr. could put his career on an upward swing in a hurry. Vecchione is coming off a great victory in his last fight where he scored a submission victory in the final round. With momentum at his back Vecchione believes now is the time for him to make his mark and show the crowd in Columbia that his record is very deceiving.

– Saturday, May 5, 2012 8:00pm ET featuring Elite 1 MMA “Showdown” from the Casino New Brunswick Moncton. In the main event, and a unification bout, Richard Arsenault (4-2) of Wellington, PE defends his Elite 1 MMA Welterweight Championship against tough challenger and interim champion Meneka Weva (2-3) of Moncton, NB. The two fighters have history as Arsenault defeated Weva in 2011 by rear naked choke and looks to do the same thing again and prove he is the sole champion at 170 lb. For Weva, this is a shot not only at a title, but more importantly at redemption. The first bout was close, but Arsenault did just enough to turn the tide in the middle of the bout and get Weva to tapout. Weva believes he now has the right game plan to defeat the champion. In all, only one fight between the two has ever gone to a decision. Both athletes fight with a high risk-high reward style with both fighters looking to finish the fight at all times, even if that means being in compromising positions themselves. Expect fireworks from this rematch. In the co-main event, for the vacant Elite 1 MMA Lightweight Title, Adam Hazelton (3-1) of Yarmouth, NS fights Stephen Clementi (3-1) of Elsipogtog, NB. Hazelton packs a heavy punch as all 3 of his wins have come via TKO or ref stoppage. He is a fighter that likes to bang and once he sees his opponent is in danger he pounces on him like a Great White shark. Clementi is also a fast starter and has finished all 3 of his wins by TKO or submission. The lightweights pack great power combined with devastating speed. Expect Hazelton and Clementi to be in line for “fight of the night” when the event is over.

Other events this week:

GFL now offers full access to over 6,000 fights for the low monthly price of $9.99 subscribe now at www.GFL.tv