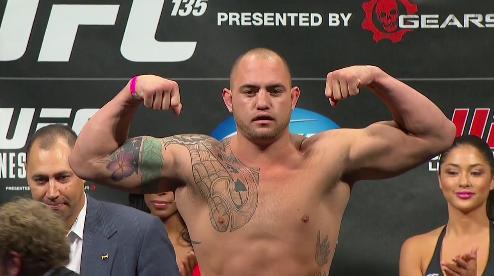 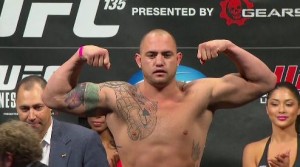 The match-up was announced by UFC officials today however we don’t yet know if the match will be featured on the main card or as part of the prelims.

UFC on Fox 4 will take place on August 4th, 2012, and is likely to be held at the Staples Center in Los Angeles, with the main card being aired on Fox with the prelims most likely to be aired on Fuel TV.

Travis “Hapa” Browne has proven to be a strong player in the heavyweight division as he continues to pick up wins. The undefeated 29-year-old only has one blemish on his undefeated record which was a draw against Cheick Kongo at UFC 120, other than that all of his other career fights have ended with victories. In the UFC Browne has defeated James McSweeney, Stefan Struve, Rob Broughton and most recently Chad Griggs at UFC 145 where he picked up a $65,000 bonus for “Submission of the Night”. This fight against Rothwell is undoubtedly the most important fight of his career so far and could really push him into the mix at the top end of the heavyweight division with a win.

Ben Rothwell looked great in his most recent fight against Brendan Schaub; he pulled out an impressive first round knockout victory at UFC 145 earning himself “Knockout of the Night” honors. This was his first fight back after a seven month hiatus and he looked in great shape after having been troubled with various injuries over the past few years. Rothwell is a very experienced fighter who began his MMA career in 2001, since then he has fought for various promotions on the regional circuit and eventually joined the UFC in 2009. With a 2-2 record in the UFC having lost to Cain Velasquez and Mark Hunt he will now look to build on the victory over Schaub with a win against Travis.

Stay close to ProMMAnow (www.prommanow.com) as more fights are announced for this event.