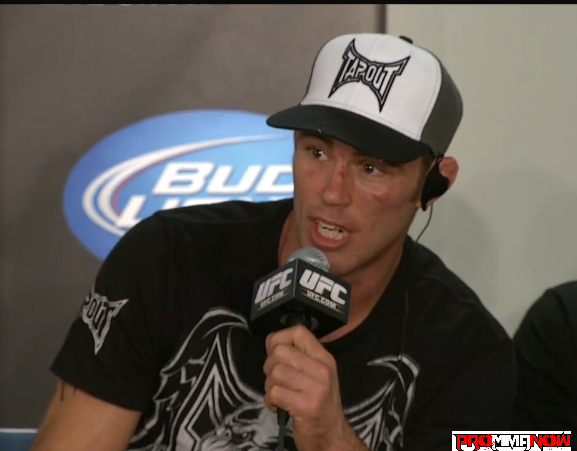 The news was announced by UFC President Dana White via his Twitter account earlier this evening that Jake Shields will be moving to the UFC middleweight division to face TUF 3 finalist Ed Herman at UFC 150 in Denver, Colo.

Shields (27-6-1) is coming off a close unanimous decision win over Yoshihiro Akiyama at UFC 144 earlier this year. Shields is the former Strikeforce Middleweight Champion and holds notable wins over Dan Henderson, Jason Miller, and Robbie Lawler as a middleweight.

Shields had been competing in the UFC welterweight division going (2-2) with close wins over Martin Kampmann and the aforementioned Akiyama. His losses occurred in his title bout against UFC Welterweight Champion Georges St. Pierre and top 10 welterweight contender Jake Ellenberger.

Ed Herman (20-7) is riding a career resurgence of sorts winning four out of his last five fights. Herman was last seen in action submitting prospect Clifford Starks at UFC 143. Herman suffered a nasty knee injury at UFC 102, but has seen marked improvement in his overall game since returning from the injury.

This will be a huge test for Herman as Shields was ranked by most as a top five middleweight before his move down to the welterweight division. Be sure to stay close to ProMMAnow (www.prommanow.com) as more details emerge about UFC 150.