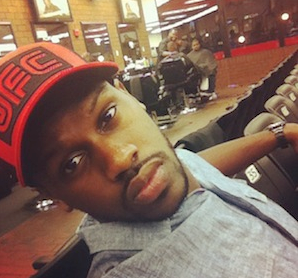 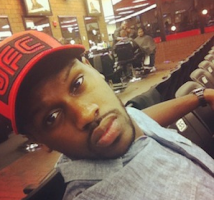 Chandler Jones, brother of UFC light heavyweight champion Jon Jones, has joined his older brothers in the elite class of athletes that can call themselves “professional”. After a stand out junior season at Syracuse University where Chandler notched 39 solo tackles and 4.5 sacks he elected to forgo his senior season and enter the NFL draft.

The younger brother of Jon Jones was taken as the 21st overall pick in the 2012 NFL draft by the New England Patriots. The whole Jones family was gathered at Jon Jones’ new home when they received the news of Chandler’s new team.

As a member of the New England Patriots, Chandler will face his older brother Arthur Jones’ (who was heavily featured in UFC Primetime as a part of Jon Jones’ training camp) team, the Baltimore Ravens, during the regular season.

“In my wildest dreams I never saw us three being professional athletes. For me to be UFC Light Heavyweight champion, and (Chandler and Arthur) to be football players on two of the best teams in the whole NFL, it’s nuts. If someone had told me this would happen I would have called them crazy.”

Jon Jones is coming off a decision win over Rashad Evans at UFC 145. His next opponent will be Dan Henderson but a date and location for the bout has not been announced.