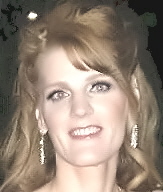 You may put your hand up on the fence and push off the cage but once you put your fingers through the holes it is then considered grabbing/holding the fence and that is against the rules.

When you were just a little thing you learned how to stand, walk, and in the process you also learned about falling, without even realizing it you developed natural instincts at this time.

Think about it – We all have it! When you started to fall these instincts kicked in and you reached out to grab something, anything to steady yourself or keep from falling.

So we are not just asking, but telling people they have to override this natural instinct we all have and if they don’t they can face point deductions or worse?

Right about now I have you questioning this rule and why it’s even there.  So let me break it down for you and explain the intent of the rule as well as the consequences.

Many fighters do grab the fence when they are NOT falling and try to gain a stronger position or maintain their current one.  This is what we are looking for! We do not want a fighter to unfairly advance into a more dominant position by holding the fence.

As referees we have to weigh each of our decisions and decide how we will have the least impact on the fight while at the same time being fair to both opponents.  Stopping a fight at any time, even to address a foul, can be a disadvantage to the person that was fouled and we have to take that into consideration when making that decision.

Which is in a fighter’s best interest – calling the foul or letting things continue because he just advanced his position and has started landing some shots?  This does NOT mean that he will get away with the foul, only that the action may not be stopped for it.

In this scenario it did not impact his opponent negatively so he would most likely be warned.  This would happen by a verbal on the spot followed up by a verification that the fighters heard and understood the warning was issued. This is usually done between the rounds with the corners present.  You also make sure the judges are informed that the fighter has been warned.

A fighter does NOT have to be warned before a point is taken.  It comes down to whether a referee feels the foul was intentional and if it impacted the fight.

Whenever a point is taken the action should be stopped so it is clear to both fighters that this is being done.  The point deduction itself is impacting the fight so there should NEVER be a doubt that both fighters are aware of this action!

Here is the Universal Rules Reference for fouls and deducting points:

If an unarmed combatant fouls his or her opponent during a contest or exhibition of mixed martial arts, the referee may penalize him or her by deducting points from his or her score, whether or not the foul was intentional. Except as otherwise provided in subsection 2 of  NAC 467.698, the referee may determine the number of points to be deducted in each instance and shall base the determination on the severity of the foul and its effect upon the opponent.

1 thought on “Ask the Ref with Kim Winslow: No holding the ropes or the fence”