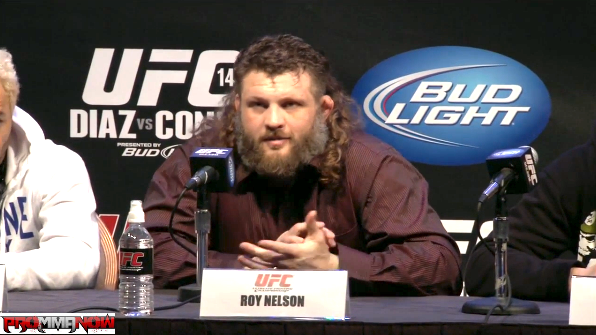 The UFC 146 card has underdone major changes and today UFC President Dana White announced via his Twitter account that Roy “Big Country” Nelson (16-7) will be facing Gabriel Gonzaga (13-6) on the May 26th card.

Gabriel Gonzaga was originally slated to take on Shane del Rosario on the preliminary card of UFC 146, but now will be part of the main card against Nelson. Gonzaga (who was released from the UFC in 2010) is on a two fight win streak after a brief retirement. Gonzaga’s last UFC win was at UFC 142 when he defeated Edinaldo Oliveira by rear naked choke in a little over two minutes of action.

Nelson is coming into this bout with losses in three of his last four bouts. He has dropped unanimous decisions to top contenders Frank Mir, Fabricio Werdum, and the now current UFC Heavyweight Champion Junior dos Santos.

Nelson’s original opponent Antonio Silva will now be part of the co-main event taking on Cain Velasquez. It’s unclear if Shane del Rosario will remain on the card at this time.

2 thoughts on “Roy Nelson vs. Gabriel Gonzaga set for UFC 146”