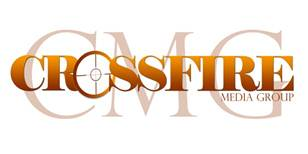 “The growth ASA has been experiencing is tremendous, and I feel that bringing on someone like Phil is the next step for us,” stated Chambers. “I am excited to see where our partnership can go…the sky truly is the limit.”

Lanides added, “I have been following ASA’s growth from its genesis, and I am elated to join up with them at such a pivotal time. Jason and his team are doing big things, and I strongly believe that I can be part of its continuing rise to the top.”

ASA CEO Jason Chambers possesses a unique perspective in the fight world. A successful former fighter in his own right with a record of 18-5, he has been involved with mixed martial arts since the mid-1990’s. During his time in the sport, he has been involved intimately with nearly every facet of MMA. Matchmaking, promoting, commentating, and training are just some of the areas of combat sports he’s been successfully involved with.

Chambers has also experienced a successful career as an actor and media personality. Well-known for his stint as the host of the hit History Channel Series “Human Weapon,” he has traveled the globe to explore the history and techniques of various martial arts as part of the show. He has also appeared on well-established television series such as “Guiding Light,” “All My Children,” “Can You Tell?” and most frequently on “As the World Turns.” Chambers has also done numerous commercials and has been a guest star on “Days of Our Lives,” “The Middleman,” and “CSI: NY.”

Now focused on ASA, Chambers and his team are committed to building the company into the best in the extreme sports world.