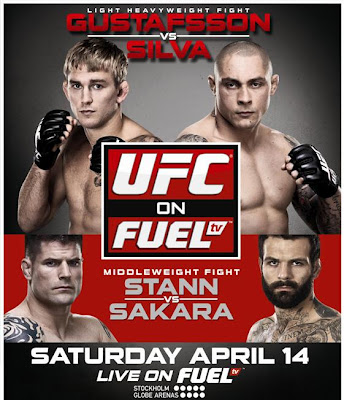 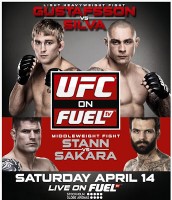 This past weekend at UFC on Fuel TV 2 fans were treated to a great night of action packed fights. The event was held at the Ericsson Globe Arena in Stockholm, Sweden, and set a venue record for a live gate at a sporting event with 15,428 attendees producing a $2.23 million live gate.

The four fighters that received bonuses on the night were Brad Pickett, Damacio Page, John Maguire and Siyar Bahadurzada. Each fighter received a bonus of $50,000 with Pickett and Page picking up “Fight of the Night”, Maguire won “Submission of the Night” and Bahadurzada picked up “Knockout of the Night” in his UFC debut.

The battle between Brad Pickett and Damacio Page was a back and forth brawl which evolved into an exchange of strikes and takedowns in  the first round. Pickett started picking his shots in the second round and got into the groove. He eventually rocked Page with an uppercut and was then able to take his back and secure a rear-naked choke which ended the fight late in the second round.

The fight between Siyar Bahadurzada and Paulo Thiago lasted no longer then 42 seconds in a brief encounter as Bahadurzada secured an impressive debut victory. The fight began with the two fighters basically feeling each other out and attempting to find their range, then Paulo Thiago made a surge forward which resulted in a counter right hand to the jaw from Bahadurzada. The punch knocked Thiago out cold leaving him momentarily unconscious on the cage floor and that was all she wrote.

British fighter John Maguire showcased an excellent ground game against DaMarques Johnson in their welterweight matchup. We were able to witness some lovely transitions and reversals from both men throughout the first round. As we entered the latter stages of the second round the fight found its way back on the ground again with Johnson attempting a kimura submission attempt. Maguire was able to reverse and lock in a textbook armbar which ended the bout. After the fight John Maguire referred to his style on the ground as “gypsy jiu-jitsu”.

The fight results for UFC on Fuel TV 2 are as follows: