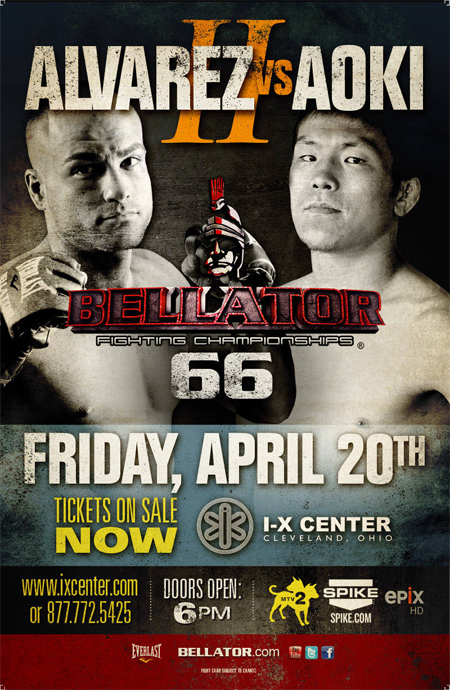 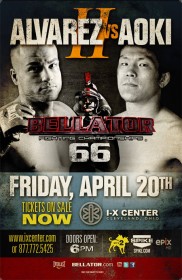 The Bellator 66 card will deliver one of the most sought after rematches in recent memory when former Bellator lightweight  champion Eddie Alvarez will get a chance to avenge a prior loss to submission ace Shinya Aoki on April 20th, in Cleveland, Ohio.

Alvarez lost to Aoki via heel hook submission back in 2008 and then proceeded to win seven consecutive fights before suffering his only other loss to Michael Chandler in his last outing at Bellator 58. Aoki has been on a roll as well, winning seven consecutive fights after losing his first MMA fight on American soil to Strikeforce lightweight champion Gilbert Melendez in April 2010.

The supporting cast of fights will surely be full of action as the semifinals of season six of the middleweight and lightweight tournaments will also take place that night. The preliminary bouts will feature up and coming local talent from the Ohio area including Jessica Eye. Also, Attila Vegh will make his Bellator debut against Dan Spohn in a light heavyweight matchup. The tentative fight card is as follows: